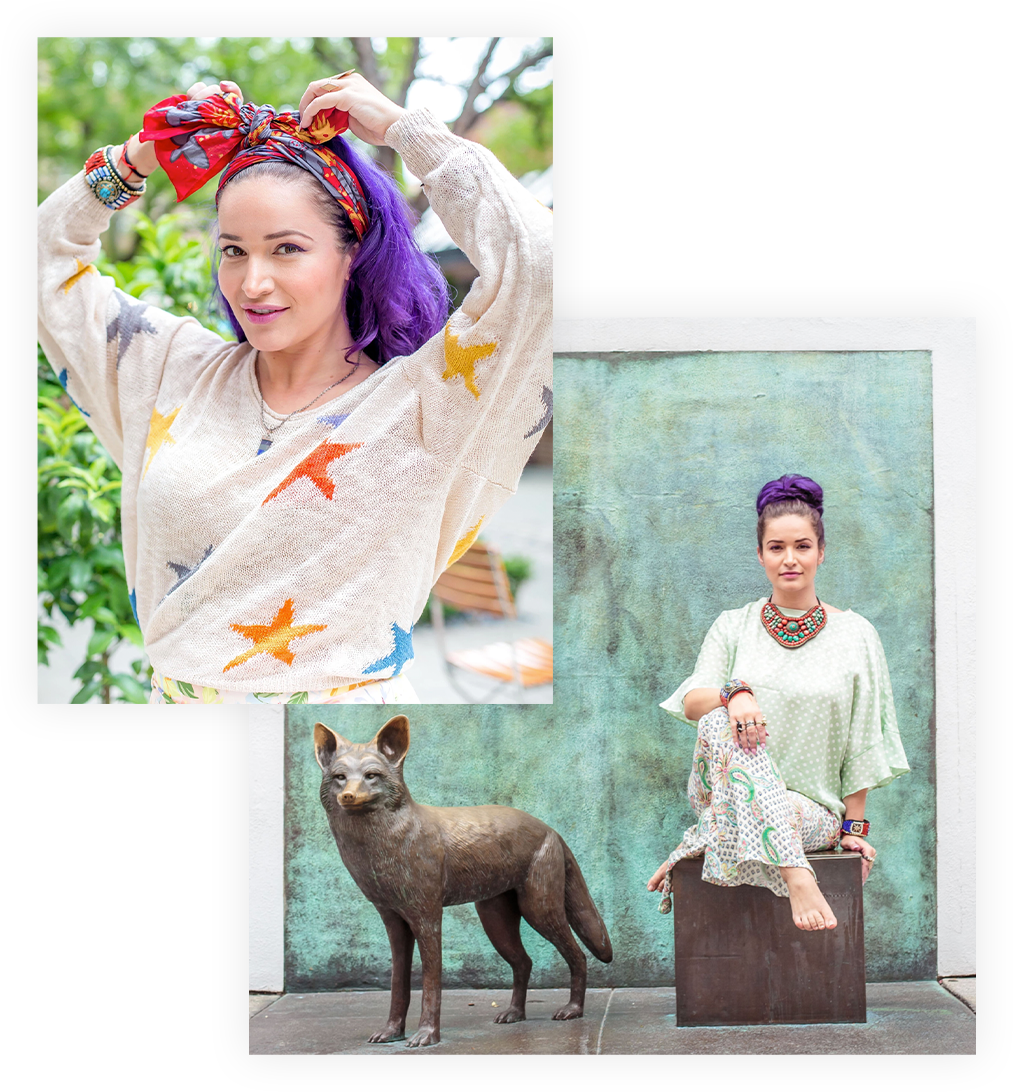 I believe in the power of storytelling to change our lives. I believe in the intersection of narrative, human connection, and curiosity.  I believe that finding meaning and magic in the mundane, leads to an unforgettable life. I believe in alleviating suffering by cultivating self-awareness, self-understanding, and self-expression. I believe re-evaluating masculinity is a matter of life and death. I believe that life is about being in service to something greater than ourselves.

In a world that often tells us to be the master of one discipline, I revel in being an explorer of many. Cross pollination of my studies has led me to a richer understanding of our interconnectedness; everything feeds into an ecosystem of self and collective.  My lens is shaped by an alternative curriculum and field work.

For years, I’ve been fascinated by how archaic notions of masculinity continue to seep into our world. In speaking to hundreds of men, I’ve witnessed the web of how familial, cultural, and societal conditioning shapes what it means to be a man. It’s a deeply nuanced conversation, one that is critical to have and concerningly lacking.

My men’s work  is committed to teaching regenerative masculinity that liberates the individual and promotes growth for the collective.  In my experience, teaching men relational strength training is generation shifting work.

As a multidisciplinary storyteller, facilitator, and teacher, I seek to catalyze change through storytelling and a curiosity-first approach. Thematically my work explores new forms of masculinity, relational health, and communication.

Above all, people come to me with their pain, shame, desire and dreams;  together we sit in the cave of the mind and explore the unknown safely.

Born in the former Soviet Union, we immigrated to America when I was a toddler. I grew up in Atlanta where I attended Atlanta International School and Georgia Tech while juggling multiple jobs and internships where I learned the value of hard work in the real world. Graduation coincided with the economic crash of 2008 and my parents’ sudden divorce, so I bought a one way ticket to Vietnam to escape.

For the next five months, I solo backpacked SE – sometimes volunteering at orphanages and always making friends with strangers. At 23, I accidentally moved to New York where I spent the first eight months living on my sister’s couch working odd jobs at night and weekends while I earned my stripes as a media sales executive during the day. Selling and strategizing multi-million dollar media campaigns through my twenties, I gave my all to my career. By 29, I was burnt out and plotting next steps.

Above all, I knew my life would be unconventional. I froze my eggs – unexpectedly landed a 2 pg piece in TIME and my VICE piece went viral. Then, I won a NYC MOTH storyslam for my story “ Lost and Found”. The amalgamation of these events helped me understand the power of storytelling.

Bidding farewell to the city that made me, I embarked on a 28 month solo backpacking world tour. A brand new speaking career blossomed.  “Hacking Human Connection” “ Modern Manhood: Tension & Release” and “ The Power of Curiosity” interactive talks were shared on stages from Germany to Tasmania to hundreds of folks. I felt at home, at last.

The sudden death of my grandpa, gave way to a new project. Hungry to understand what I did not know, I curated an international underground men’s dinner salon series. From Berlin to TLV,  Sydney to SF, these dinners gathered a few great men to share unheard stories on modern manhood (the basis of my book).

Two years ago, I moved to LA to be close to my family (my grams, big sister, her kiddos, and my mom live two blocks away). I launched a coaching consultancy helping impact-driven leaders become better through a communication and mindset curriculum I developed. 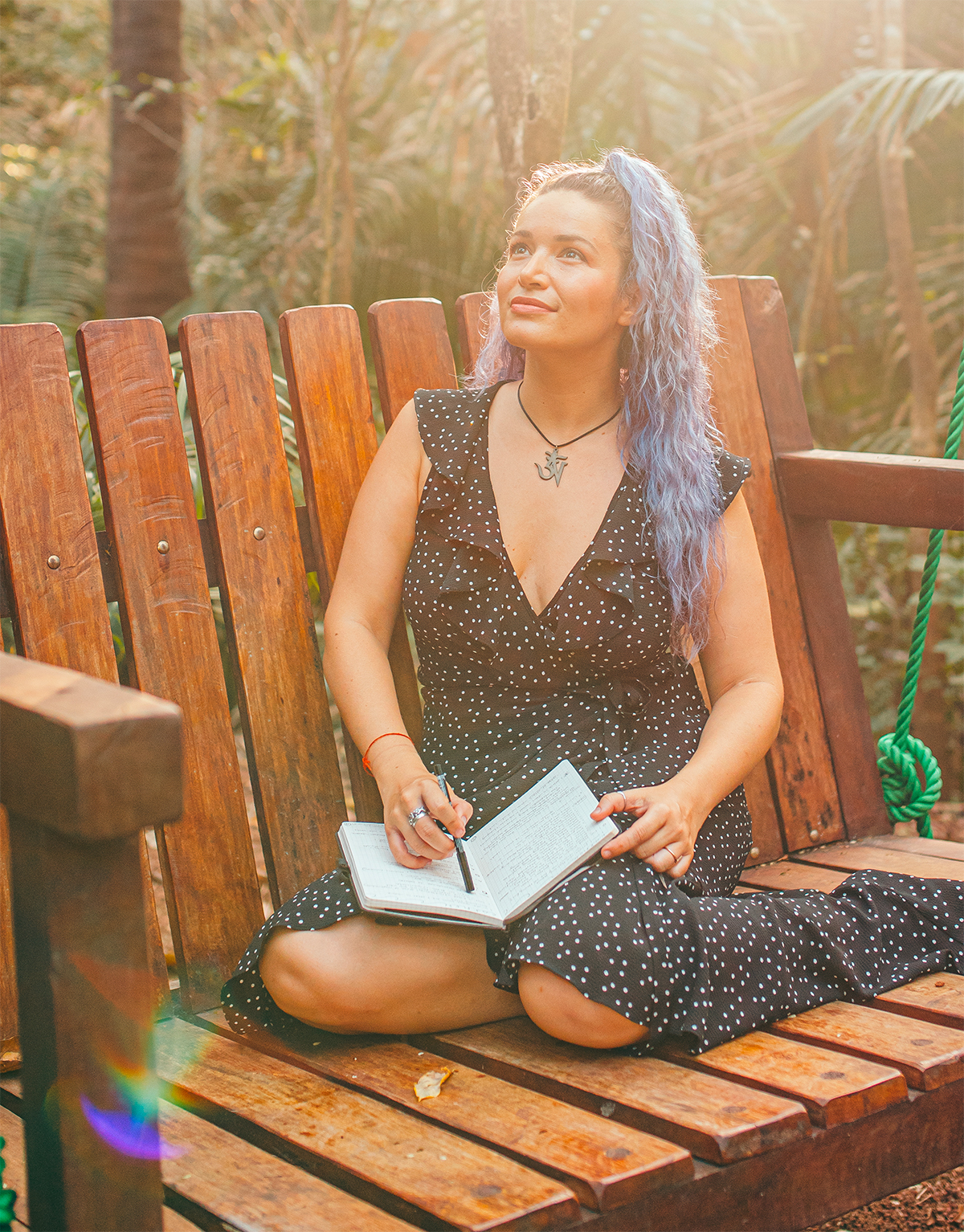 Fancy for My Conference Folks

Vika teaches the power of stories that shift us forward with her curiosity-first methodology. Whether she’s speaking, teaching, or writing – one thing is clear: her mission is finding your highest success through powerful storytelling.

Her own story involved retiring as a top ad sales executive in NYC to embark upon a 28 month solo backpacking expedition. Vika’s curiosity led her to curate a global men’s dinner salon, gathering men from Sydney to Berlin for a philosophical night of conversation on contemporary manhood (her upcoming book).

As a voice, Vika has written for VICE and Aplus, been interviewed in TIME, the Dr.OZ show, and won a NYC MOTH Storyslam. Her students refer to her work as “life changing” and Entrepreneur’s Organization LV gave her talk the highest rating of the year. As a student, Vika is currently earning a certificate in Intersectionality and Equity in Therapeutic Practices from CIIS.

With her evidence-based methodology marrying the science and art of narrative, Vika trains leaders and teams to craft and deliver impactful stories in physical and virtual worlds via her virtual keynotes and coaching. The second arm of her consultancy focuses on guiding men out of the labyrinth of their conditioning and into true freedom. She only works with people she likes.

Honorable mentions: Vika writes and narrates her own guided sleep stories for the app SleepSpace. Use code: VIKA for 30 days free. She is an avid Bon meditator, has a penchant for eastern philosophy, and is a trained latin dancer turned hip hop rebel. She feels most at home writing poetry barefoot in the woods and wishes she could be a third as funny as Ali Wong. She is most grateful for her big fat Ukrainian family and her mother’s endless stream of entertaining content.

Connecting People and Places Through Storytelling

An adventurer and storyteller of life and work, Vika, a native-born Ukrainian, is a MOTH StorySLAM winner and contributing writer for VICE. She lends her voice to bring the stories of people and things that inspire her in hopes of making the world a little sunnier.