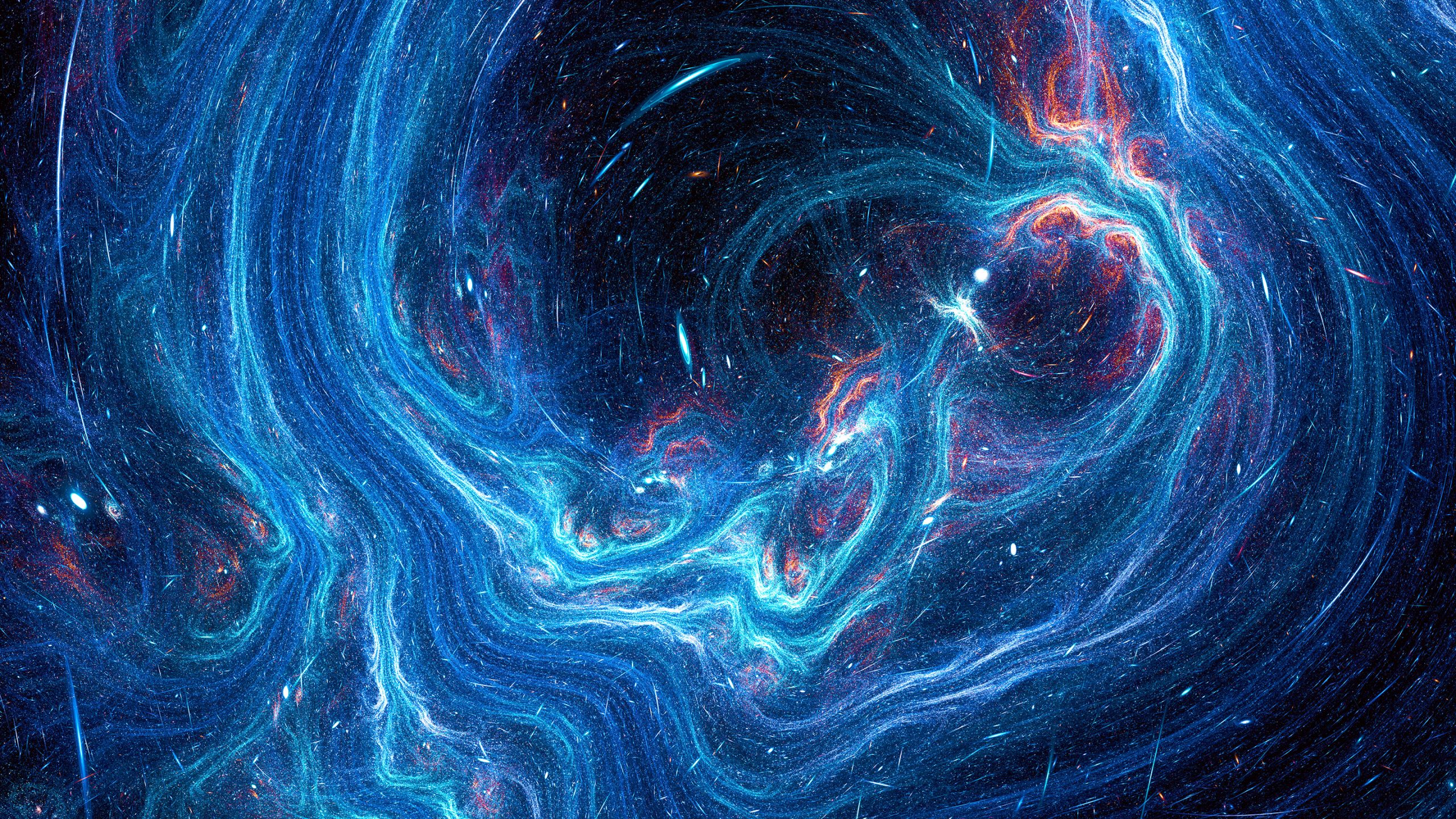 It all started when I was living a stone’s throw from Benniras Beach, which just so happens to be one of the most gorgeous beaches in all of Ibiza. Now before you think of the hard partying tropes of this magnanimous island, know that I identify with the the north part of the island – a haven for artists, writers, and hippies alike.

I went to Ibiza to do a very unlikely thing called work. I convinced myself that here – amidst rolling hills and endless waves – I could focus on my book proposal. Writing breaks looked like four minute strolls to the cafe for a cappuccino from Andres.

On one of these breaks, I had the urge to swim. No bathing suit, no problem – we’re in Europe after all: land of the free nipple. Besides – nothing screams American more than a bikini top amidst a sea of bare-naked mountains.

I walked to the shore and stripped down to my red thong, dove in the cool Balearian waters, and swam to the edge of the cove and back.  I lay my wet body directly on the sand, felt it sizzle the sea off my back.    I cracked open my pink book of love poems by Pablo Neruda – who was undoubtedly a past husband in some past life.

This is how I learned Spanish – reading his poetry in Spanish on the left, and in English on the right. What if I did a “ Conversations with Neruda” act for the talent show at the upcoming conference in France? The idea impregnated me like golden a goose egg from the creative gods.  Minor problem: I didn’t know Spanish well enough to know how to recite it poetically. I had one week. This was do-able, I reckoned. All I needed now was to hear the poem from the lips of a Spanish man – the closest I’d get to Neruda’s original intent.

No sooner had the thought escaped my mind than I looked up and saw a mirage coming out of the deep blue sea;  a small fleet of Gladiators on kayaks coming on shore.  I stop reading poetry. I’m pretty sure I stop breathing.

The Herculean boy band – rather a man band – descended a few feet from my towel. They were bronzed and brawny, laughing and speaking … the language of Spanish.

My gaze was met by the one with long unruly locks. Let’s call him Tarzan.

Tarzan and I did the mutual full body scan akin to the way that dogs sniff each other, only at a distance with our eyes.

Luckily, I was born without much of a rejection bone in my body. My mama said when I was a toddler in Ukraine, I would stroll up and sit on laps of strangers, eating their food and sharing stories. “ My older one looks like a doll, but you – you my funny girl. Everyone would say to me “ She’s special, such a funny girl.”

Back at the beach, I didn’t feel particularly special or funny – I just felt curious as hell. I’m a firm believer that you only regret what you don’t do. Strolling up to a half dozen Spanish men and asking them to help a sister out? No problem.

And just like that, I stood up and walked over sporting only my Baywatch red thong and frayed book of Neruda’s poetry and bright blue mermaid hair that just barely covers my areolas. I must look like a comic book character, I feel like a superhero.

At this point, the guys are in the ocean, about knee deep in a circle. I break into their meeting like I belong there.  In my broken Spanish I say, “ Descuple hermanos, tengo una pregunta tú puedas me ayuda? Y necessito escuchado quando tu leer una poema de Neruda en espanol por una performancia en proximo semana.”

A long silence ensues. They stare at me. I stare back. They stare at each other. The wind whips the pages of the poetry book in my outstretched hand. We were like a pack of wild dogs from different terrains, sniffing each other out. I had plenty of bark to back my bite and they sensed that.

I turn to Tarzan, the clear alpha male of the group. “ Tu puedes?” I asked. I watched his chest open, shoulders brace as he accepted the challenge. He begins to read “ Siempre..” Then something funny happens. The circle tightens as each of the guys steps in, curious to hear. Delightful shock washes over each of them as they listen to their friend recite some of the most romantic poetry the world has ever seen. As he finishes, we clap thunderously. “ Gracias! 9.2 por enthusiasmo!” El otro por favor?” I am in the center of the circle now, locking eyes with each man, letting the sensation of their trust meet me.

The older one – the real leader of the pack – meets me with a smile. “ Yo puedo” he says. He steps into the circle as if he’s taking the stage. With a deep inhale he clears his throat, shakes the ocean out of his salt and pepper hair and after another pregnant pause, begins. He’s got this silent, brooding inner emotional strength about him that hugs his words. His delivery is immaculate. We are collectively mesmerized. The other men look at him, captivated. He finishes to hugs and high fives. Now he hands the book of poetry to the next guy. He reads. Our hearts – in the least corny way possible – melt and expand. He hands it to the next guy. Again, we melt and expand. And  when the final one reads, we celebrate.

“ Y tu – tu puedes?” Tarzan snickers handing me the book. And so I read, first in Spanish then in English taking in the notes of observation from this mini-masterclass in intonation, with six pairs of eyes on me, the ocean hugging me, the Ibiza sun kissing me.They told me I had a nice voice, I told them they had a nice soul More deep talk in shallow waters ensued.

“ Yea, we’re just here on vacation – we’re firefighters from Madrid” the older one said. My jaw figuratively hit the ocean floor. Of course – I would stumble upon a fleet of fire slaying gladiators. “ We’re camping on the beach tonight, come by after dinner – we want to keep talking to you, interesting girl!” Tarzan yelled as I walked away.

Later that night, past the drum circle and beyond the campfire, I saw the guys camped out. As I approached, they shouted. “ Vika! Vika! Vika!” I was met with big bear hugs and laughter. We felt like old, new friends.  I met the rest of the brigade – fourteen total. They offered me a seat and a beer and once again we were in circle together

What followed was nothing short of magnificent. For the next two hours, I held an improvised men’s circle with this pack of men. I didn’t even know I could do that. I just knew I couldn’t stop asking questions and they couldn’t stop sharing stories.

In broken Spanish I answered their questions. “ What exactly is your work?” “ Why do you care about men?” “ What are you learning about us?” In between they drank cold beers and I sipped tea, we broke bread and nibbled on nuts. Then I asked them questions. “ What do you look for in a partner?” “ What hurt the most about your last heartbreak?” “ What do you wish women knew about you, men?”

Under a star freckled sky with the waves of the Balearean in our ears and the sand in our toes, we listened and we learned about the other, as a sister and a band of brothers .I was eager to understand how their notions of manhood were shaped by Spanish culture. They were hungry to learn about what was different and the same about men from other countries and cultures.

At the end, I shared with them the story of how firefighters saved my grandpa. And ultimately, when he died, how the firefighters stood outside the apartment, and honked their horn and waved the flag and saluted him. My voice cracked. I held in the tears,  but they knew.

“ Guys, it’s midnight, I gotta go home with someone mind walking me back?” I asked. All of the sudden, half a dozen of them stood up and like the Queen’s procession lined up to escort me home.

The entire  walk up the eldest man thanked me profusely. “ I have a teenage daughter, and I want her to have a really positive experience sexually and I don’t know how to talk to her about it. But you helped me tonight give me words.”

They didn’t know what they didn’t know – that they needed to do more than talk amongst themselves. A woman comes in and the conversation changes – it elevates men’s work to something fundamental, connecting them to their deepest humanity.

We hugged eachother goodbye and exchanged contact. “ You are always welcome in Madrid – bring your dinner to us there!” Tarzan shouted as these demi-Gods descended down the hill.

Sometimes I can’t believe my life, you can’t make this up.

If I ever doubted that men’s work was generation shifting work, I found my answers that night.